Nine-year-old Winfred Jordan is loving, sociable, and enjoys learning, being around other people and watching YouTube videos.

Winfred has an unbalanced chromosome translocation, which means that one of his chromosomes chipped and attached to another that it wasn’t supposed to attach to. This resulted in delayed development and difficulties with fine motor skills, including no strength in his fingers and little control in space. Winfred is also non-verbal due to his secondary diagnosis of apraxia of speech.

“He really tries to be involved in everything despite his challenges,” his mom Dorothy Spann said. “He loves to learn, and he loves, loves school.”

One of the biggest ways Winfred stays involved with the kids in his neighborhood is by going for bike rides with them on his Freedom Concepts adaptive bike.

“Before he received the bike he was always just watching and chasing our neighbors because he couldn’t ride with them,” Dorothy said. “As soon as the bike was dropped off, Winfred was so excited to be able to ride with them. It made him feel more a part of the neighborhood and the community.”

Winfred first tried an adaptive bike with his therapist a couple of years ago.

“He was riding up and down the hallway, and he was so excited about it,” Dorothy said.

Dorothy contacted Freedom Concepts and was told to reach out to some non-profits to try to get funding for the bike. Winfred received a used adaptive bike through Great Bike Giveaway, an annual contest that gives families the opportunity to win adaptive bikes through votes and fundraising.

In May, Winfred received a new adaptive bike that was donated by a local law firm.

Dorothy said the adaptive bike has made a difference for Winfred physically by helping control his weight and increase his strength, as well as mentally.

“His posture and leg strength have improved, and his therapists and I can see the difference in his therapies,” Dorothy said. “It also helps his therapists work with him at therapy. The bike relaxes him, he’s more composed after he rides it. The exercise from the bike helps him drop some of his anxiety and extra energy.”

Dorothy also uses the bike as a learning tool. She teaches Winfred to stop and wait until it’s safe to cross the road by having Winfred ring the bike’s bell when it’s safe to go. Winfred also likes having the option to steer and control the bike by himself.

“When he’s in certain environments people like to control him,” Dorothy said. “He likes having the freedom.”

Dorothy is very thankful to the organizations that helped her get Winfred’s bike not only for what they did for Winfred but what they do for other children as well.

“Outside of the physical benefits like increasing strength and balance, the bike also helps them be involved,” Dorothy said. “Winfred’s so social, but some people don’t give him the time of day because he’s nonverbal. The bike helps them emotionally because they can get involved and be engaged with some of the things other children do.” 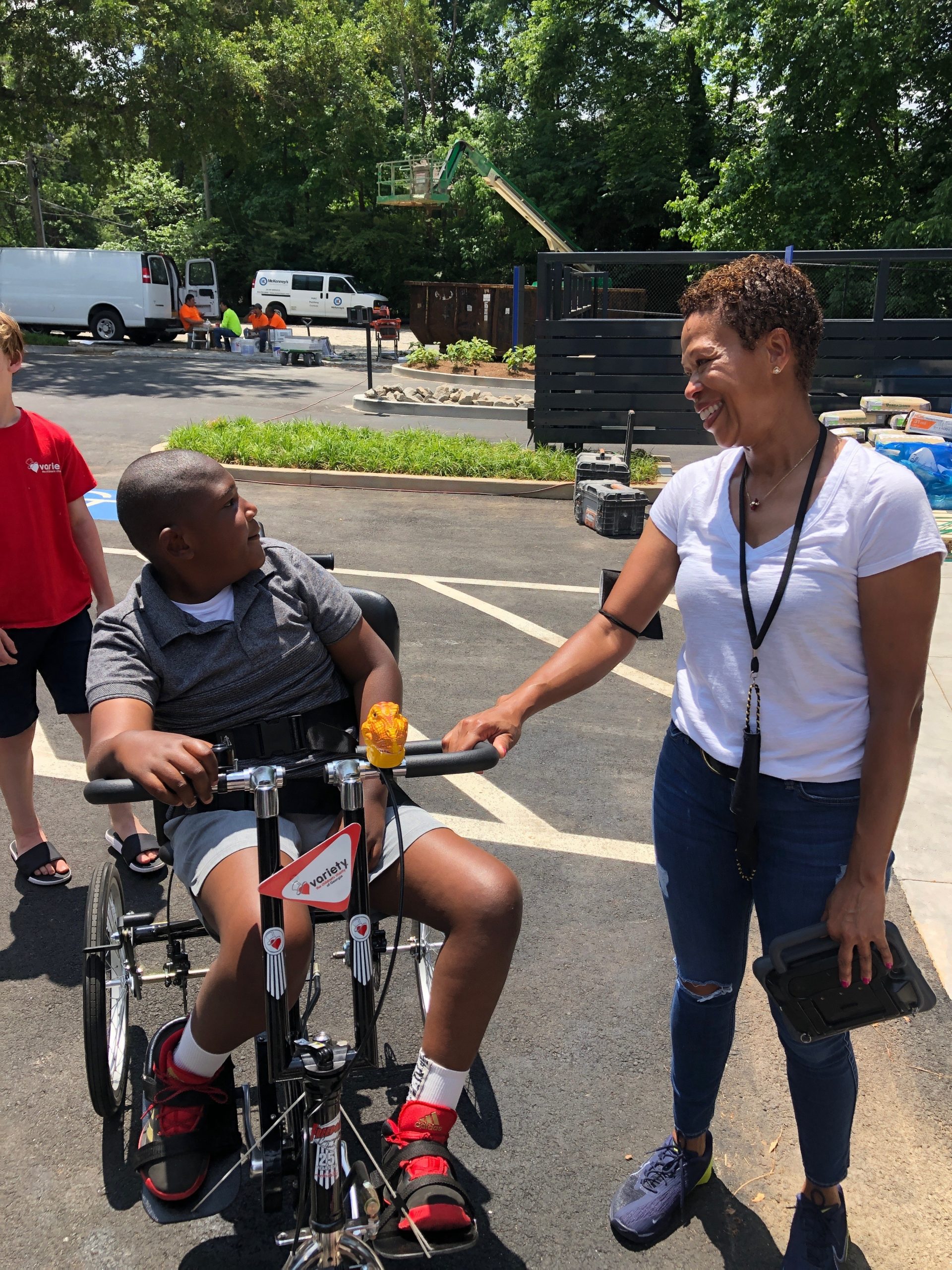 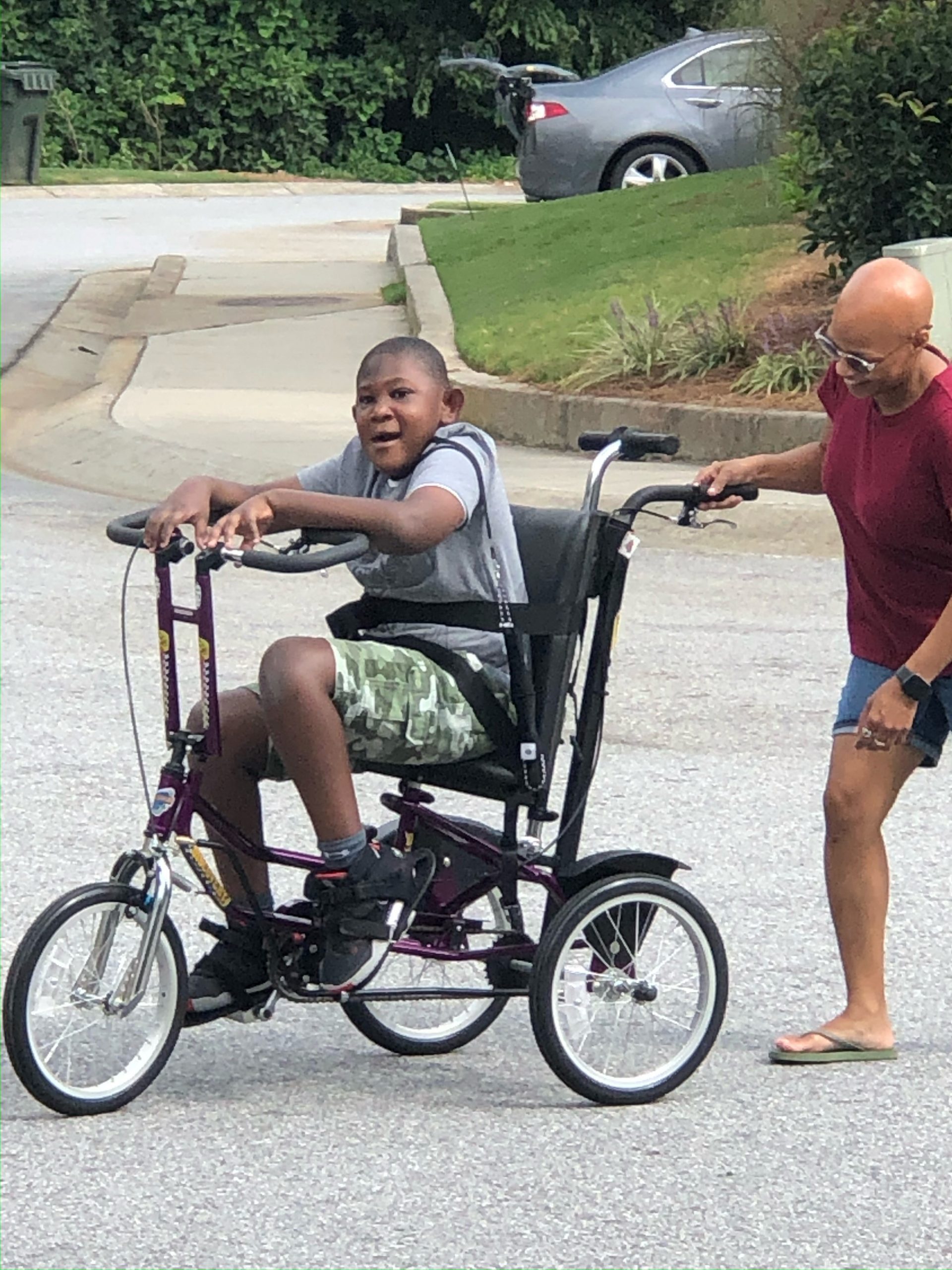 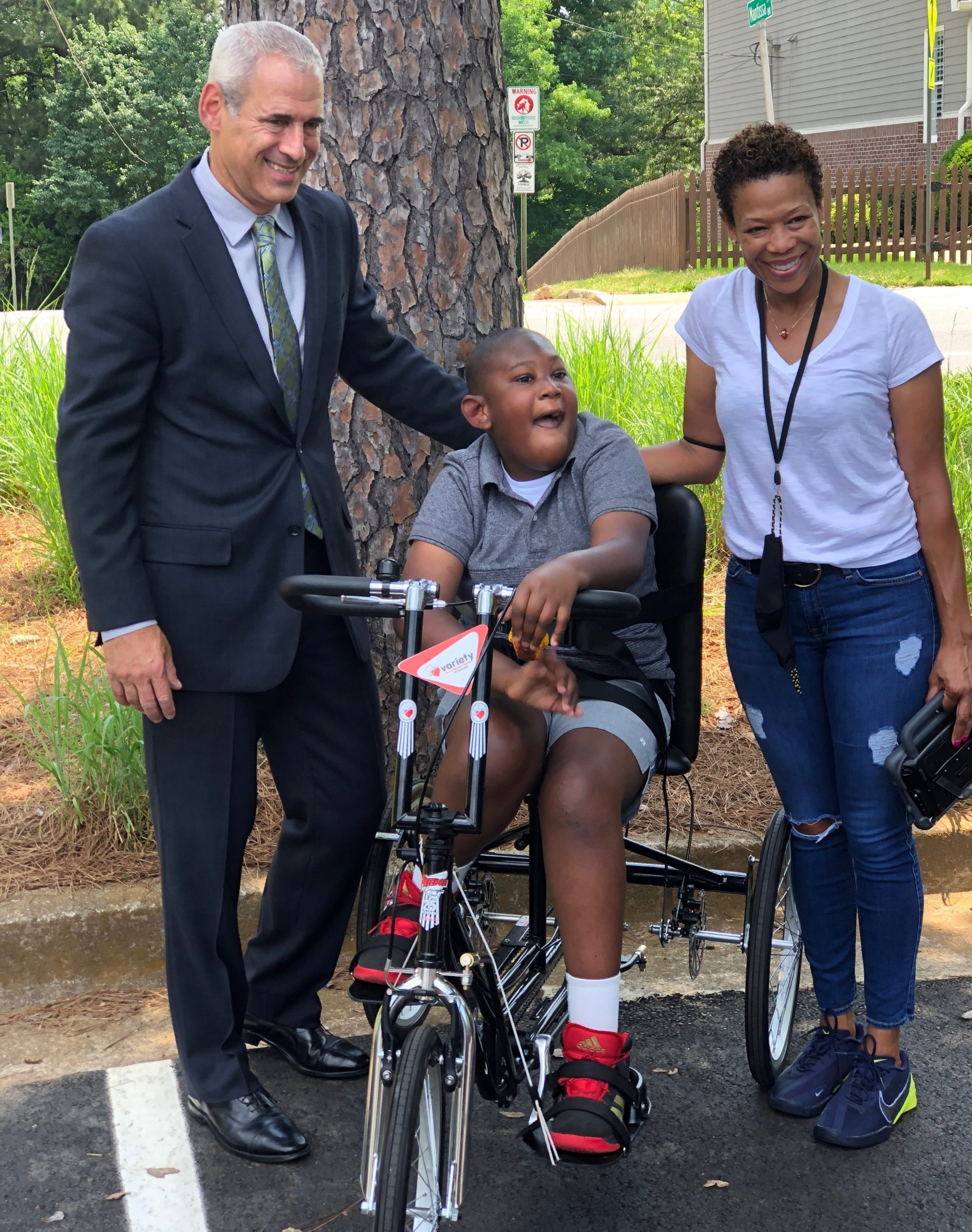