“She makes everyone who meets her smile,” Ashley said.

Jaley was diagnosed with Zellweger syndrome, a genetic disorder, at 15 months old.

“It’s considered terminal, with half of the babies born with it not seeing their first birthday,” Ashley said. Due to Zellweger syndrome, Jaley has bilateral moderate to severe hearing loss, vision problems, high liver enzymes and hypotonia, is non-verbal and can’t stand or walk.

Ashley signed up for the Great Bike Giveaway in February with the hopes of raising enough money for Jaley to receive an adaptive bike. Within four hours, the Fowler’s friends had donated enough money to cover the entire cost of the bike.

“Jaley rides a similar bike at school, so we’re beyond thankful to have one at home,” Ashley said.

Ashley loves the support the bike provides Jaley while she’s riding, and said riding the bike helps her legs tremendously.

“The bike gives Jaley the opportunity to be outside, which she loves, and be like other kids,” Ashley said. “It’s definitely worth it.” 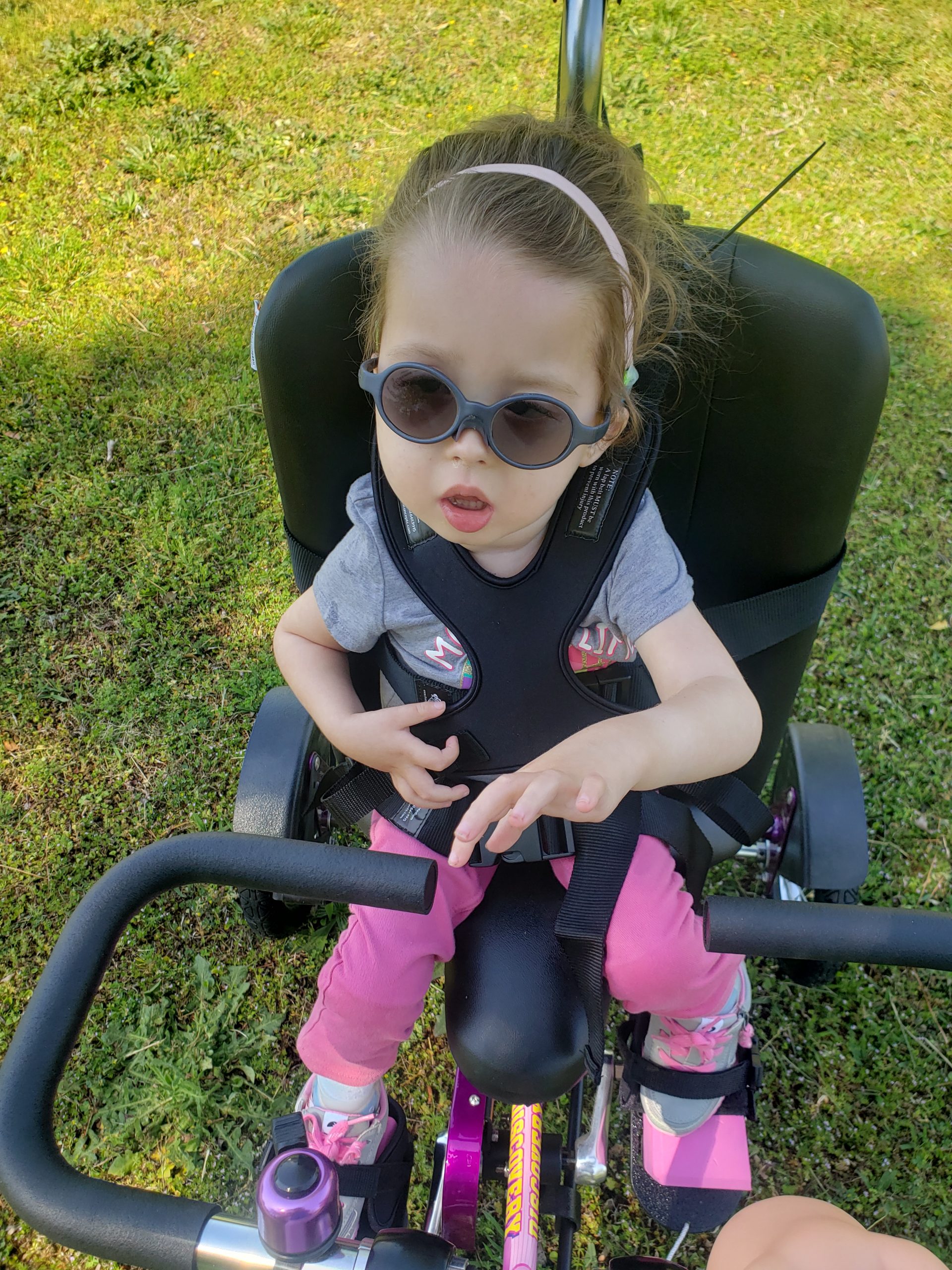