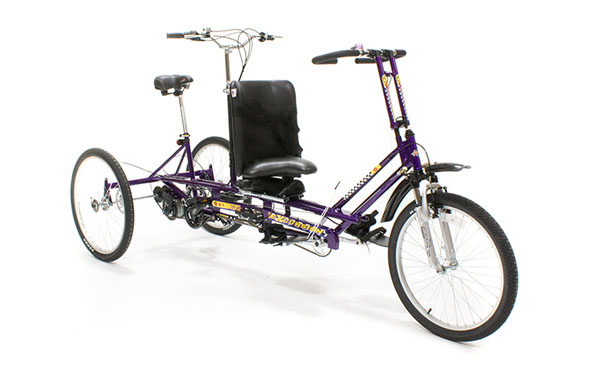 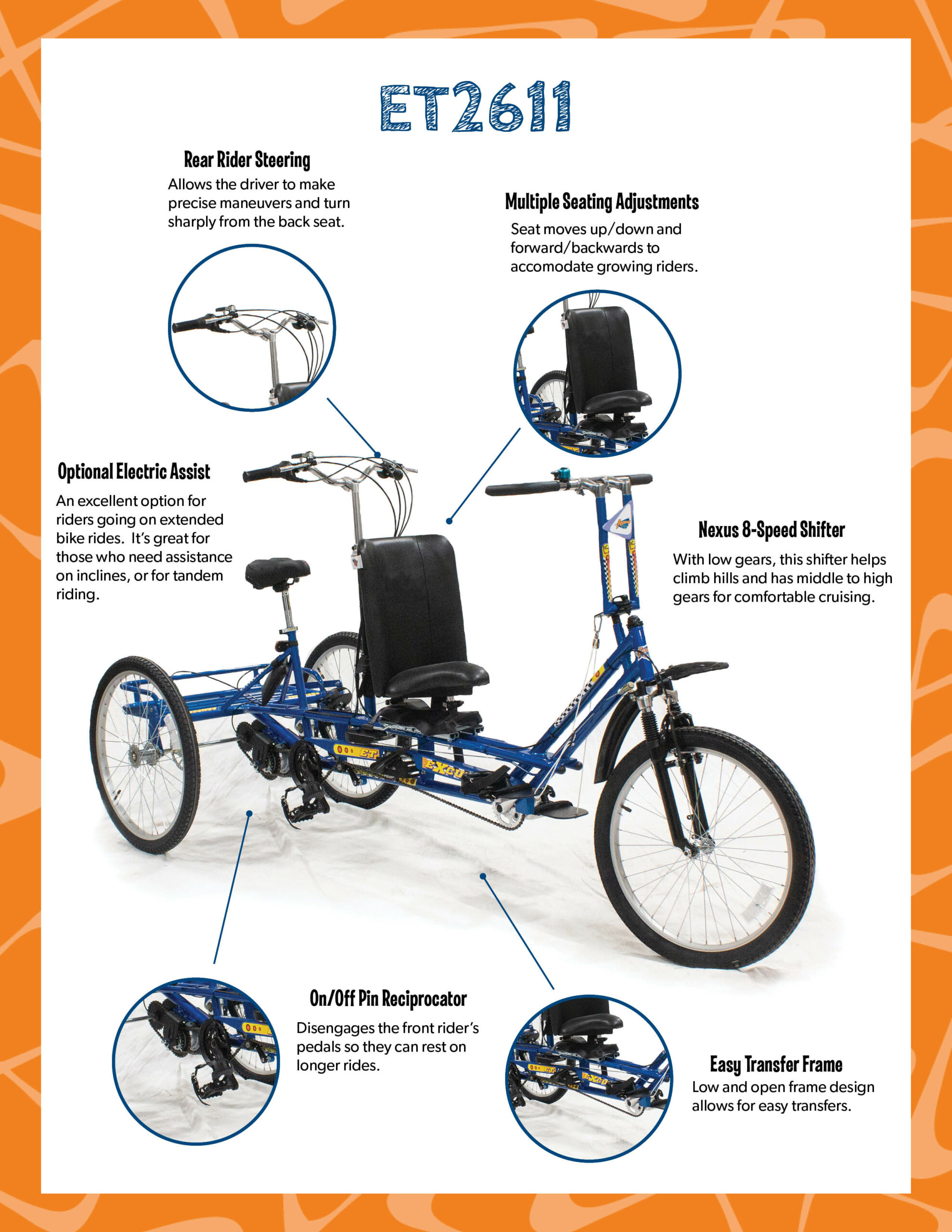 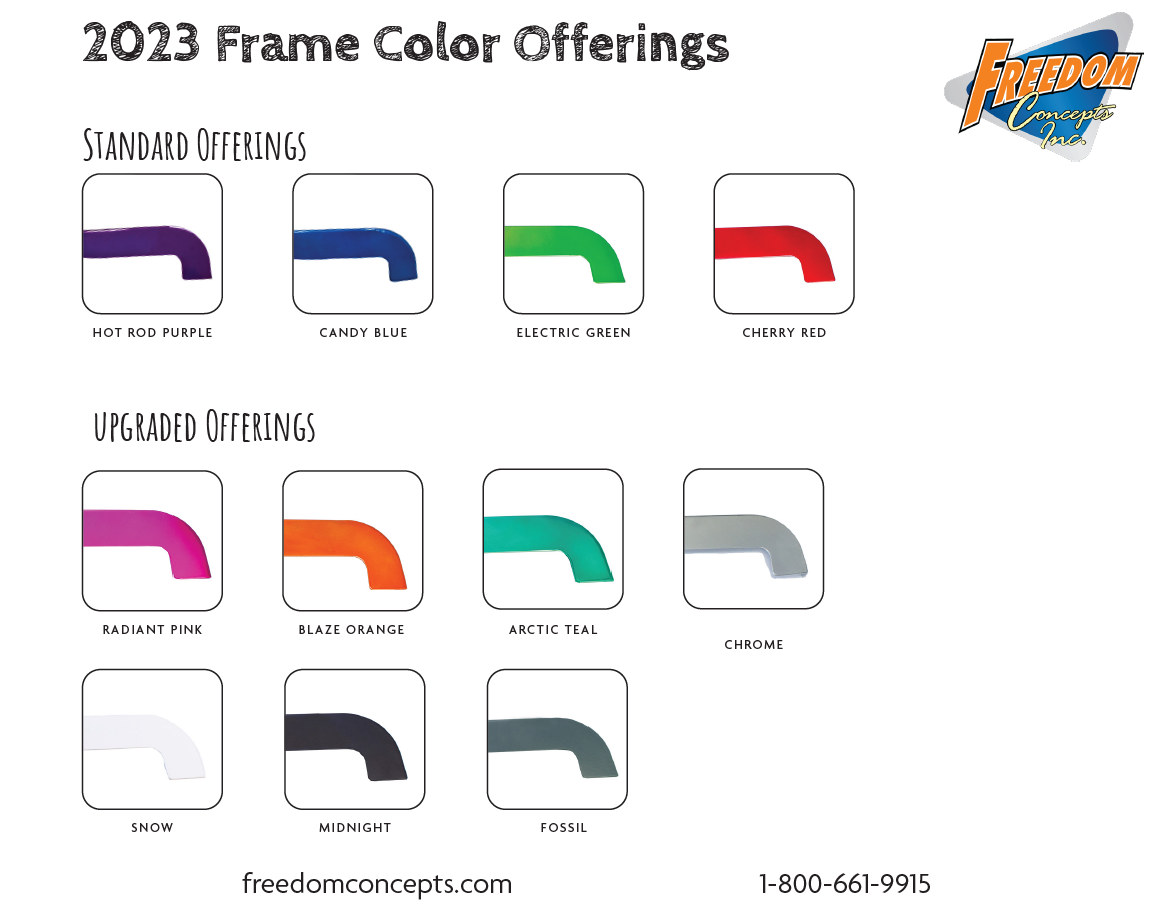 The ET2611 is our adaptive tandem tricycle that is built for two. Great for riders aged 7 and up, this bike allows a parent or friend to propel and control the bike from the back position all while being able to easily supervise the front rider. Meanwhile, the front rider gets to enjoy the therapeutic and recreational benefits of riding. 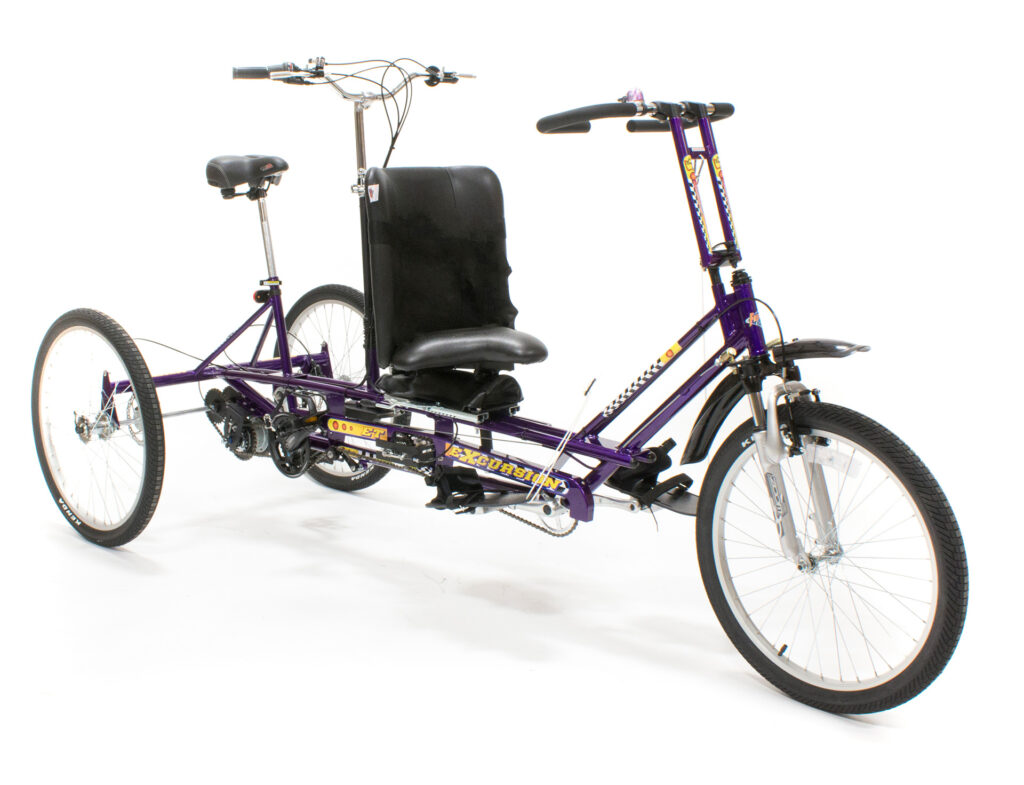 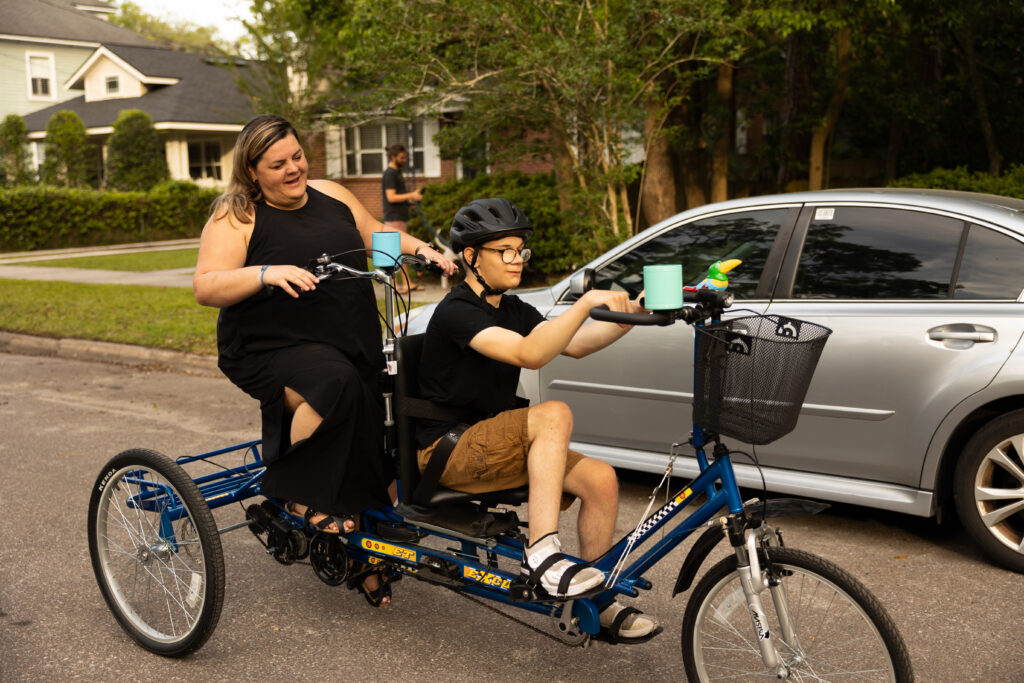 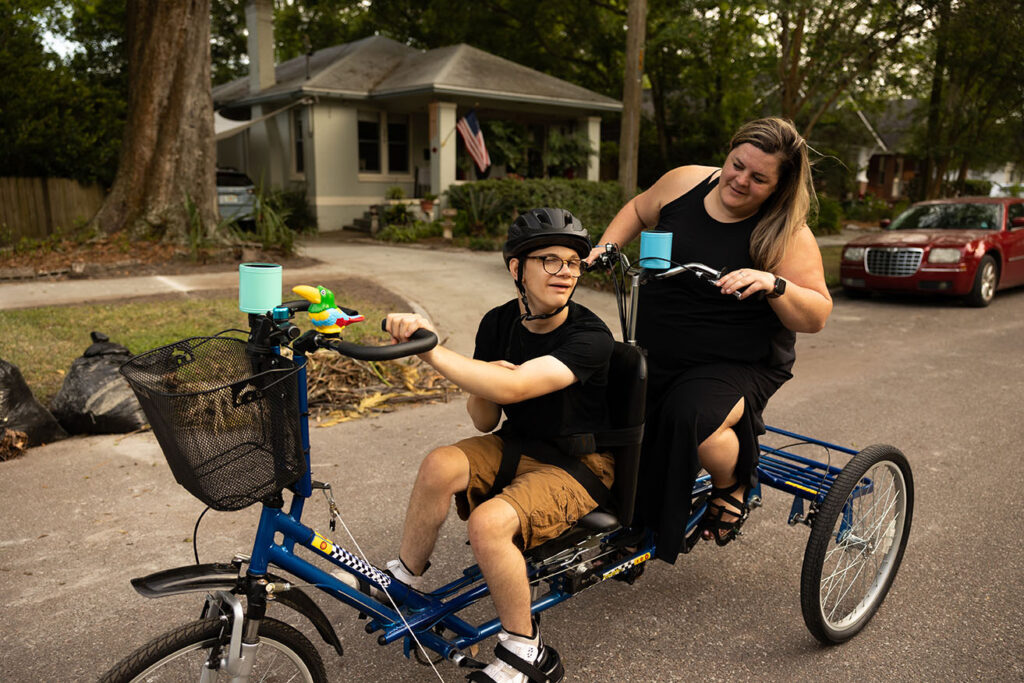 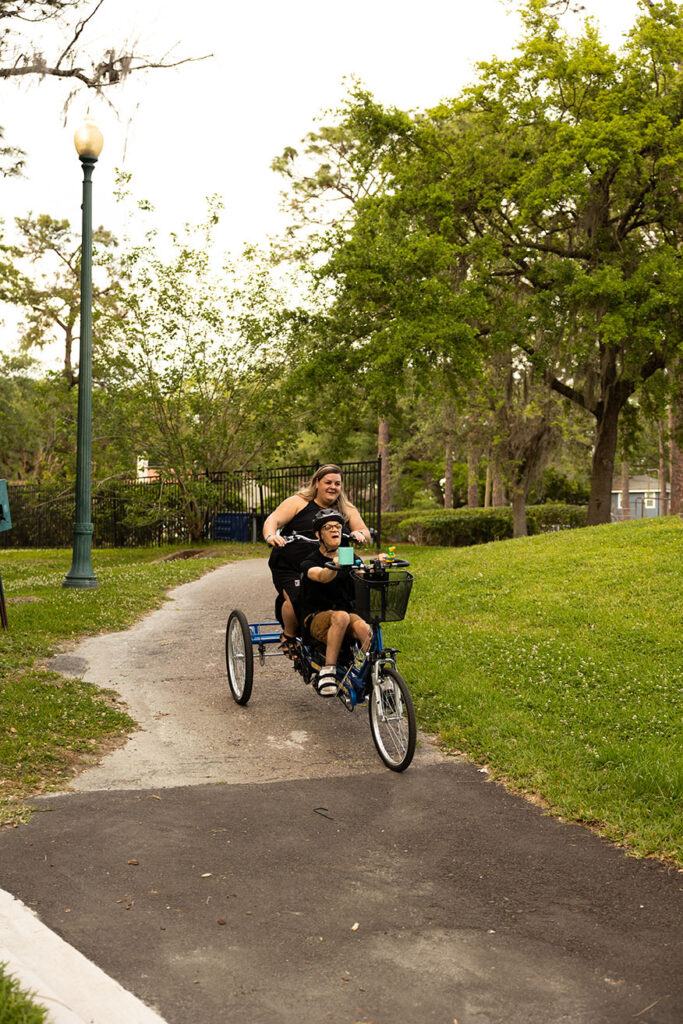 16 year-old Tyler Powderly loves going fast. According to his mom Caitlin, he’s a little bit of a daredevil. “We went to Disney in February, and the first ride he wanted to do was Tower of Terror,” Caitlin said. “He has some kind of daredevil gene.” Tyler loves how fast he goes when he’s riding his ET2611 Tandem adaptive bike. “The smile on his face is just huge,” Caitlin said. “He tells me all the time, ‘Go fast, go fast.’” Tyler also loves making people laugh. “He’s hilarious,” Caitlin said. “Telling whatever types of jokes he can to get people to laugh is his priority in the day.” 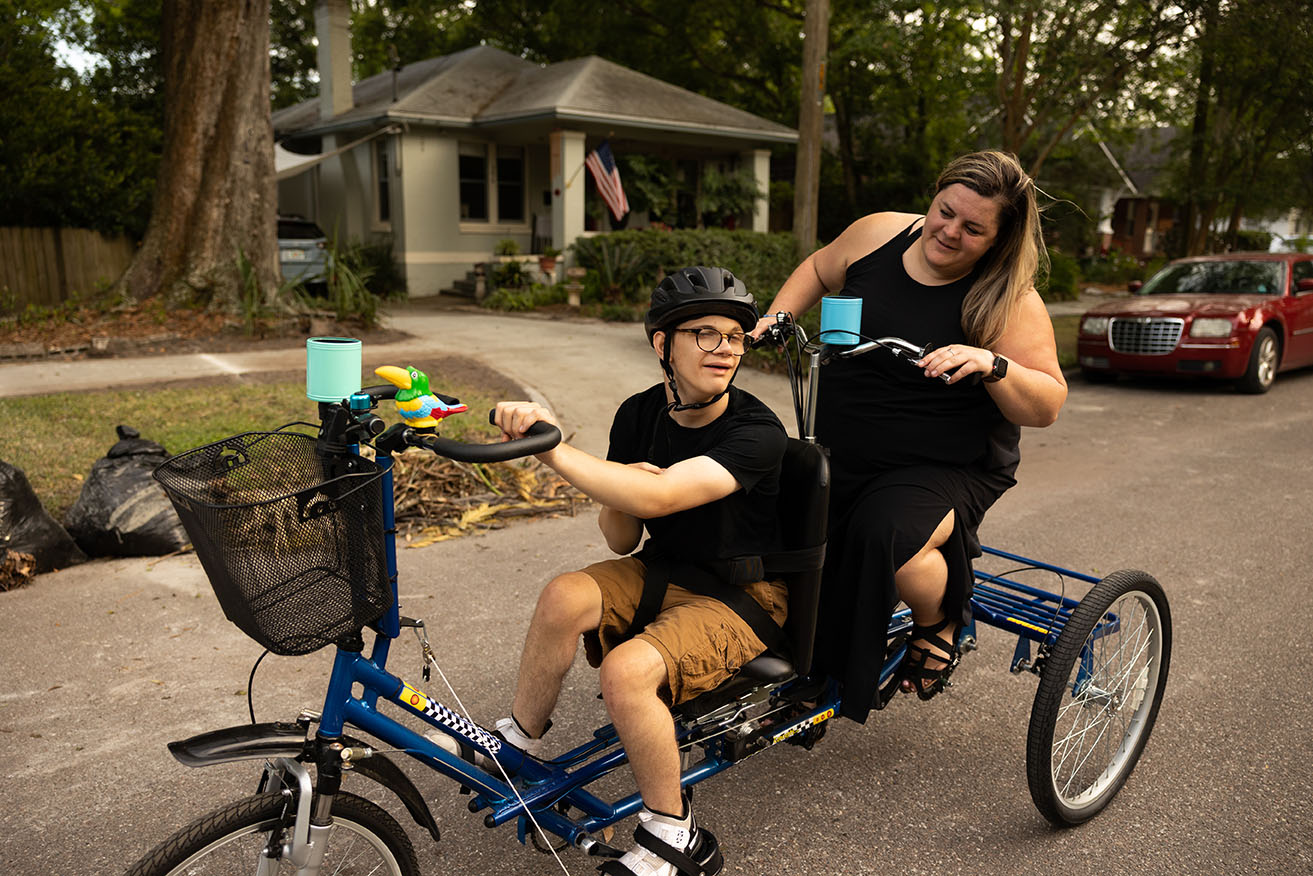 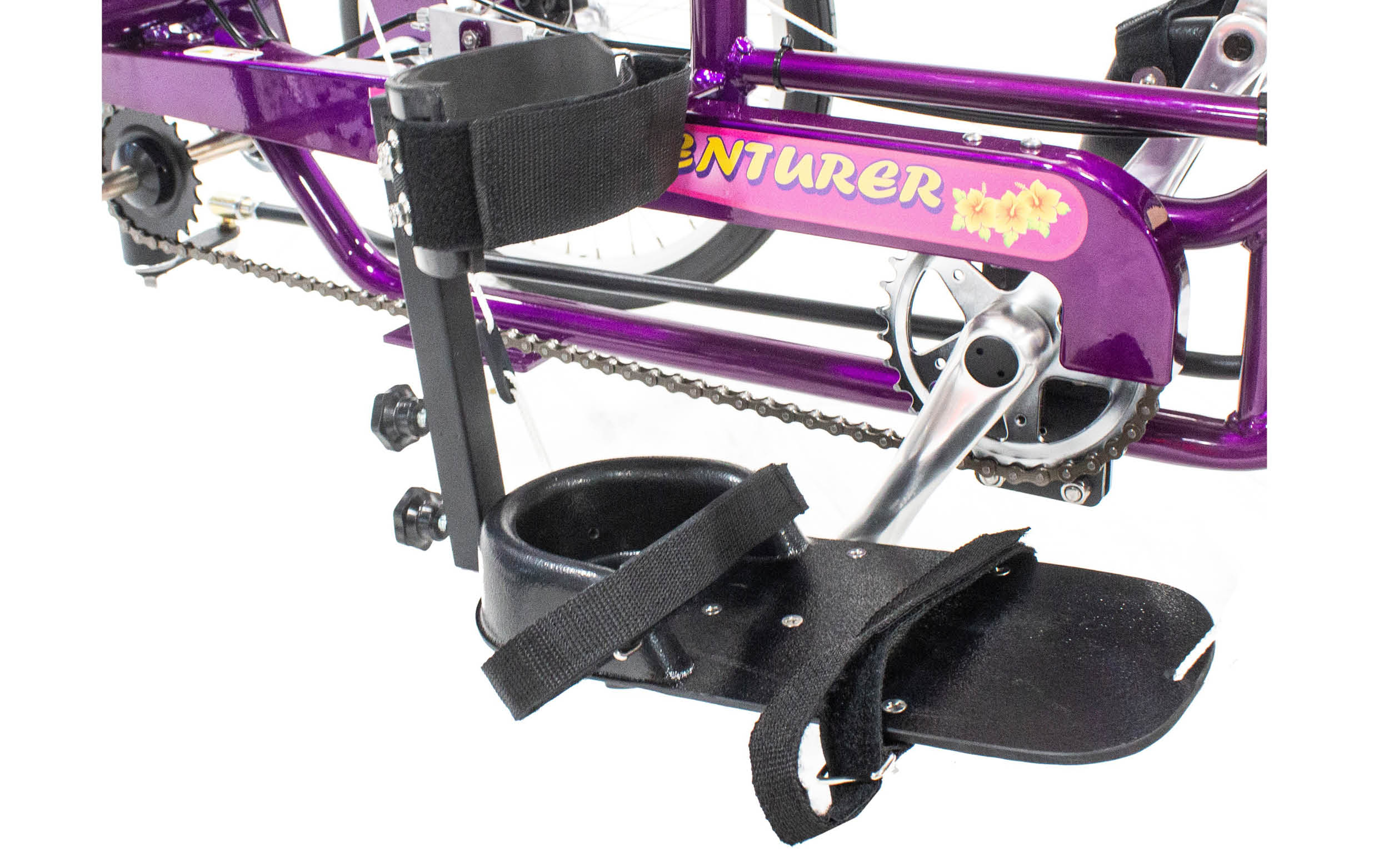 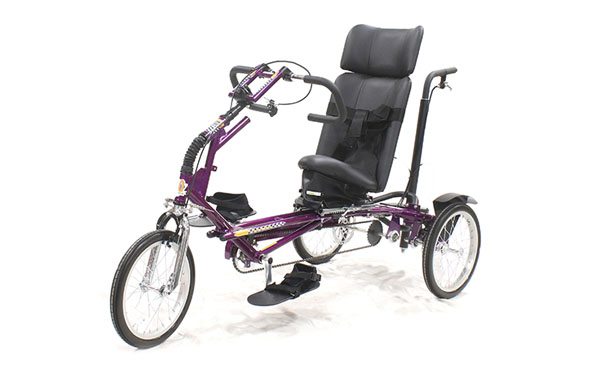 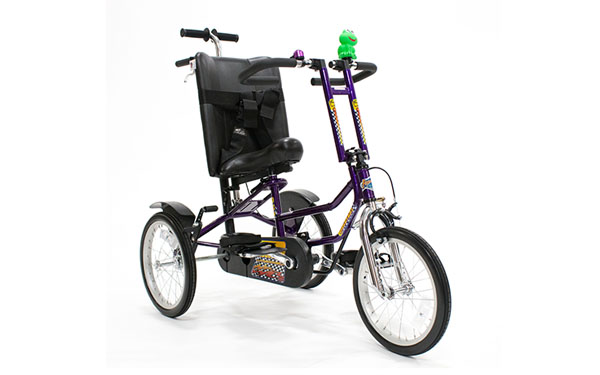