23-year-old Lainey Carroll loves music. She knows every song by The Beatles (her favorite one is “Help”), and she has been in a live singing group for 10 years. Close behind her love of music is her love for her Freedom Concepts adaptive bike. Lainey rides her bike nearly every day with her mom and dad along a river near their house, which is almost a mile roundtrip.

“When it’s cold and wet outside she does indoor cycling, but when it’s a beautiful day out, all she wants to do is go out and ride her bike,” her dad Joe said. “She loves it, she absolutely loves it.”

Lainey received her adaptive bike in 2009 from Variety of Georgia. Joe and his wife Jennifer didn’t know much about adaptive bikes at the time, but they felt it would be something Lainey might enjoy and would help her physical development. Lainey has Down syndrome and had knee surgery as a child to help her walk.

“Because of the knee surgery she wasn’t ever going to be able to do regular types of sports like running because of the impact,” Joe said. “But riding the bike is not a problem whatsoever.”

Joe said that over time, the bike has helped Lainey develop core strength, increase the strength in her legs and keep weight off.

“That’s a big deal for people with any kind of special need, but especially people with Down syndrome, being able to manage your physical well-being while keeping weight off is important,” Joe said. “So having an exercise of choice that works is great.”

Along with the physical benefits Lainey’s adaptive bike provides, it also provides her with independence and a sense of accomplishment from doing something well.

“When we were shut down during COVID, Jennifer and I were able to go for a walk while Lainey rode her bike, the three of us with our masks on,” Joe said. “It was such a blessing to get the exercise, but that’s also when we realized how independent Lainey is because it had been a while since the three of us had done that. It was amazing to see her flourish.”

When Lainey first received her bike, Joe said he and Jennifer did 95% of the work with the help of the Rear Steer Handle, but now, Lainey does 95% of the work.

“I can keep up with her just enough to grab the brake and stop if we need to, but we want to give her that independent feeling with just enough safety around her that she doesn’t hurt herself,” Joe said. “The Rear Steer Handle was like training wheels at first, it was how she got comfortable on the bike in the first place.”

Joe said that the bike has been able to grow with Lainey in the 11 years she has had it by easily raising the seat and making other adjustments as needed.

“The quality of the bike is good too,” Joe said. “The only thing I’ve had to replace in 11 years is the Velcro straps, and nothing has rusted. It’s in good shape.” 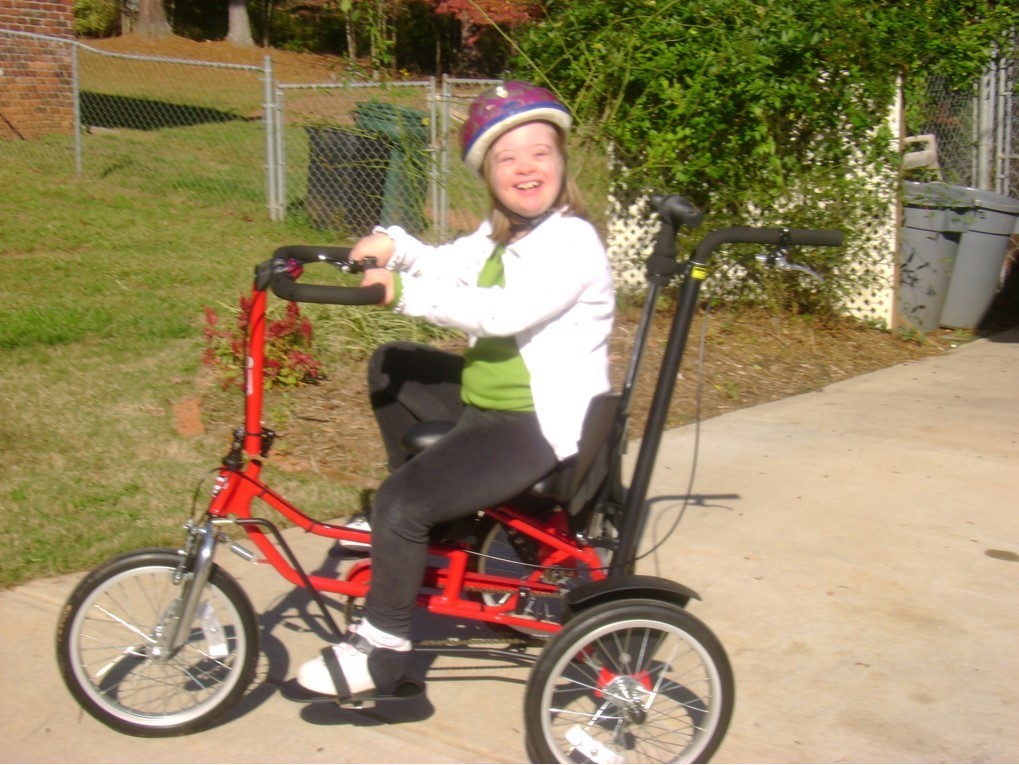 Lainey riding her adaptive bike in 2009 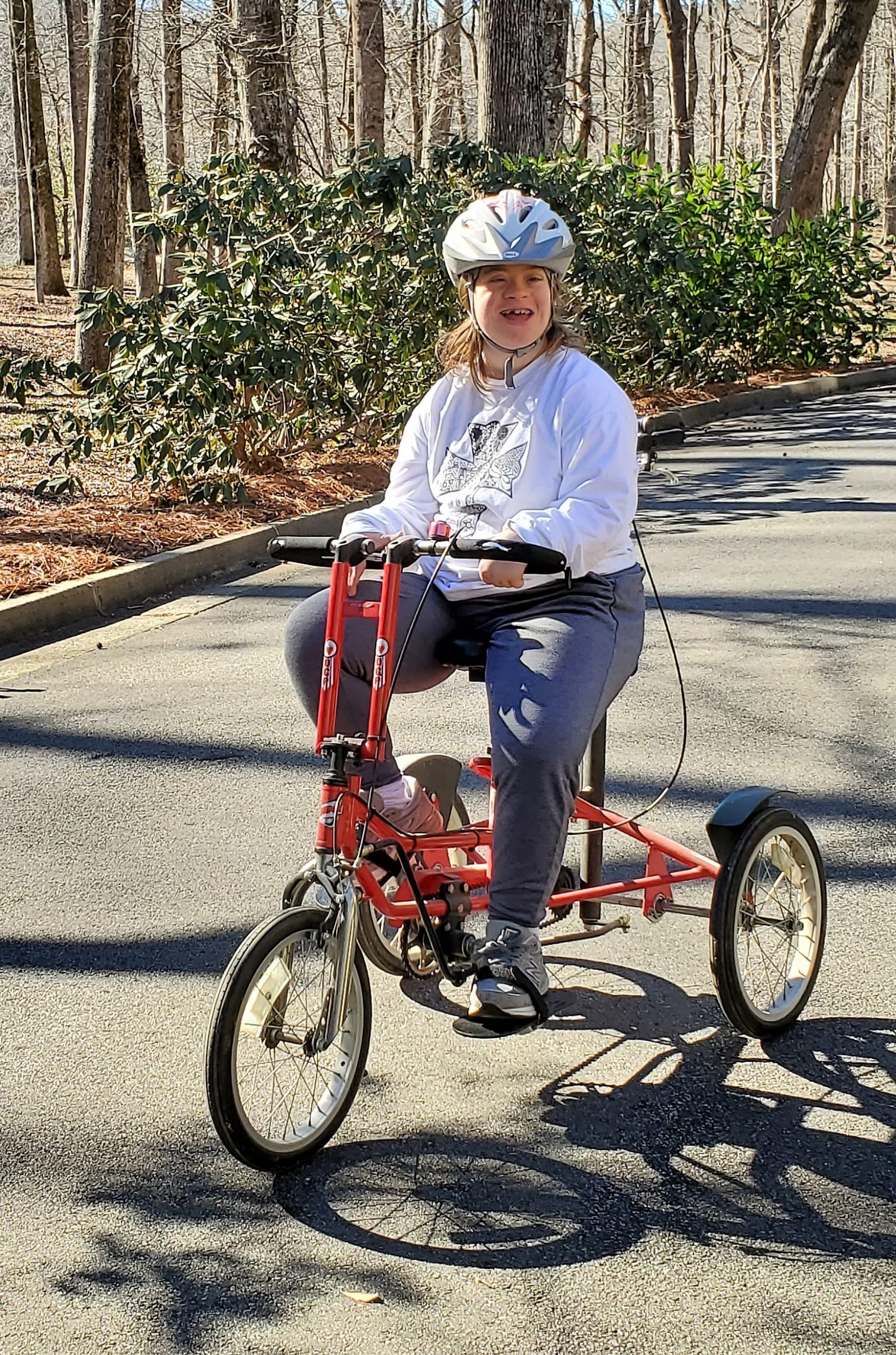 Lainey riding her adaptive bike in 2022